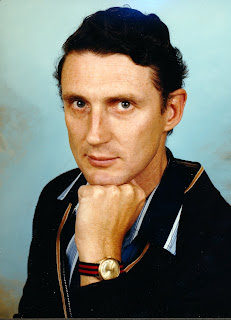 Well, my name is Malcolm Thomas Alfred Smith, as this is what I looked like the day before I turned 40. Since then, I have acquired a few grey hairs, some wrinkles, and a pair of spectacles.
I was born on 6th May 1949 in Sydney, N.S.W., the first of two sons to Sydney George Smith and Margaret Clare Smith née Dennis. However, I have spent most of my life in Brisbane, Queensland.
According to accepted definition, a "nerd" is someone combining high intellectual development with low development of the social skills. At school, I was the class nerd, before the term was even invented. Moving on to the University of Queensland, I gained a B.Sc. in zoology then, for my M.Sc. thesis, performed groundbreaking research into the behaviour of koalas. It is my sole claim to academic fame, so I have written about it in another blog.
How matters would have turned out if I had been able to follow my chosen career is anyone's guess. Alas, only one in 20 zoology graduates ended up with a placing, and I was one of the other 19. So, in 1978, while waiting for a real job to come along, I decided to sit for the public service exam, and found myself in the Department of Veterans' Affairs.
That took care of the next 30 years. By the time I received a voluntary redundancy in 2008, I was acting as an advocate for the department before the Administrative Appeals Tribunal - a pretend barrister in front of a pretend court. When I had been recording the scratches and squabbles of koalas, that was one thing which never entered my mind!
Although zoology was neither my first, nor my only, love, I did keep up with it to some extent. I was a member of the now defunct International Society for Cryptozoology, and I wrote a book on the subject, Bunyips and Bigfoots.
Also, safely ensconced in a government job, I found myself free to use my annual leave to travel the world - to 83 different countries, as far afield as Greenland, Madagascar, and Easter Island (twice). I have walked among gorillas, hunted with pygmies, and stood, barefoot and shivering, in the Yukon rapt in gaze at the northern lights. I have been places millionaires never visit. 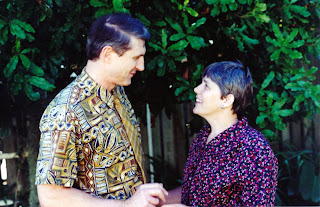 Then, in 2000, everything changed. To the complete surprise of everyone who knew me, I got married - to Esther Philippi, a pastor's daughter 8 years my junior, born and bred in New Guinea - and lived happily ever after.
Life has not turned out as I planned it - whose does? - but it has turned out well. I now live in retirement, with leisure, affluence, health, memories, and someone I love. In this life, a man is blessed if he can achieve any combination of the above. To modify the words of King David:

Surely goodness and mercy have followed me all the days of my life,
And I expect to dwell in the house of the LORD forever.

I have a very wide range of interests, and over the coming months and years, will endeavour to share them with you in a wide range of blogs, which will be listed below.
﻿﻿
OTHER BLOGS
HUMOUR  This pretty much speaks for itself.
CRYPTOZOOLOGY This involves research into animals not yet officially recognized by science. Initially, I shall be translating foreign articles, but later will move onto actual sightings in Australia.
(There is an article about me on another cryptozoological website here.)
ANOMALIES UFOs, apparitions, the paranormal, and much more. Essentially, this covers all manner of things which don't fit into the scientific paradigm.
REPAT RACKET. The book I wrote on the workings of Veterans' Affairs legislation has now been put on the web.
STRANGE BUT TRUE. Quirky stories which I come across, and which just beg to be preserved and shared.
RIVERINA GIRL. These are the stories by mother told me of growing up on a farm in the years 1909 - 1930.
A ZOOLOGIST LOOKS AT SCIENCE FICTION. In which I explain how science fiction writers' ignorance of zoology affects their work.
MISCELLANEOUS Anything that does not fit into the other blogs: history, science, religion, politics, literature, languge - you name it; there will be something for everybody.
Posted by Malcolm Smith at 8:56 PM

Here is a much younger version of myself demonstrating the drawbacks of being an international tourist. Beginning in my early twenties, I've been using my vacations to see the world. I've crossed Asia on a bus and Africa and South America on trucks, and so far, have clocked up 83 different countries. This does not include airport stopovers, but does include a day trip to Greenland and two visits to Easter Island. From that, you may conclude that I did my best to see the out-of-the-way places before the other tourists took them over and, especially in my younger, bachelor days, preferred to travel cheap, even if it meant travelling rough. In short, they were the sort of holidays where the amenities tended to be, shall we say, less than first class. "You could write a book about it!" my companions would say.
So that is why I have, in fact, decided to pen an amusing account of my adventures - one in which chapters about my quirky experiences are interspersed with general descriptions of the negative aspects of travel.

Why I Am a Christian

The short answer, of course, is that I was blessed to have been brought up that way. I have always felt God's guiding hand on my shoulder. I have always lived in His presence, and known the peace of mind and the exaltation that brings. But when you grow to man's estate, and it is obvious that what you were taught is rejected by many, it behoves you to determine whether it can be justified intellectually as well as experientially.
For myself, my degrees were in science, with particular emphasis on zoology. But over the decades I have sought to satisfy my curiosity about such fields as history, anthropology, and psychology. A cynic once declared that I have read widely, but not deeply. By that as it may, it provides an advantage over those whose studies have been intense in a single field and limited in others. It has always appeared incongruous to me that any educated person could be a non-believer - especially if his field is astronomy or ancient history, when he must face the issues head on.

A Skeleton in the Family Closet

It doesn't do for an Australian to dig around the roots of his family tree if he is afraid of what might be unearthed.
When my paternal grandparents, H. F. Smith and Amelia Skelson were married, the bride's father was recorded as Samuel Skelson, miller. Since the wedding took place in 1890, the assumption might be that, like my maternal great-grandparents, they arrived during the great migration boom in the middle of the nineteenth century. But assumptions can be - well - presumptuous. It turned out that my grandmother never actually knew her father, as she was the daughter of his (relative) old age, and she was still only a baby when he died.

Why Is There a Silent "l" in "Malcolm?

In Alaska and the Yukon, I noticed, they have, to put it politely, an idiosyncratic attitude towards spelling. When I asked the attendant at a local museum in Skagway why the cattle yoke was labeled a "yolk", she replied, "That's how it's spelt", with the nonchalant tone of one who can't imagine why anyone would want such self-evident information. And who was the Malcom So-and-So who donated the old telephone. He was an elderly resident of the district. Is that how he spells his name? "Yes," she replied, as if to ask: Why would you ever imagine anything different?

How transitory is earthly renown! My paternal grandfather was a wealthy and prominent citizen of Brisbane, and his shop a major city landmark for more than half a century, but now both have been completely forgotten. Perhaps this blog will rectify the situation to some extent. 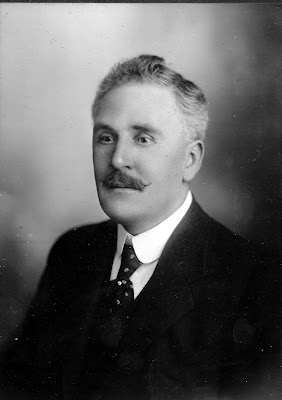 Harry Frederick Smith was born in Middlesex, England on 3 December 1862 to Richard Smith, the foreman of a glass warehouse, and his wife, Emma née Goodwin. It is possible that his first name was actually Harold. His father died in England, and his widowed mother brought her children out to Australia on the Woodlark in 1875. Of course, it is impossible at this distance to guess her motives, or why she chose Brisbane - which was not exactly the centre of civilisation in 1875. The semi-tropical climate must have come as a bit of a surprise. Harry was totally unimpressed with the first banana he ate. It was only later that he was told the skin needed to be removed first.
Probably Emma hoped that there were better prospects in Australia for a family without a male bread-winner, but the situation must have been pretty grim. It is said that she kept the wolf from the door by sewing. Also, it is likely that his late father's title of glass warehouse foreman suggests a higher status than it actually entailed. Family tradition has it that the children, and possibly the mother, were illiterate. Some women in Brisbane taught him to read and write, and sent him to school. On Sunday he used to read the Bible to his mother's friends.